Abhishek, born on 2nd of July 2015, is a healthy boy performing all activities that of a six year old child. His father Mr. Lakhanlal Vishwakarma is thankful to Mrs Gomati, the ASHA worker from his village, who timely recognized a delay in Abhishek’s development milestones. All this when he was just six months old.  Gomati, during her routine home visits under HBNC+ program, assessed Abhishek as per the prescribed protocols taught during her training in HBNC+. 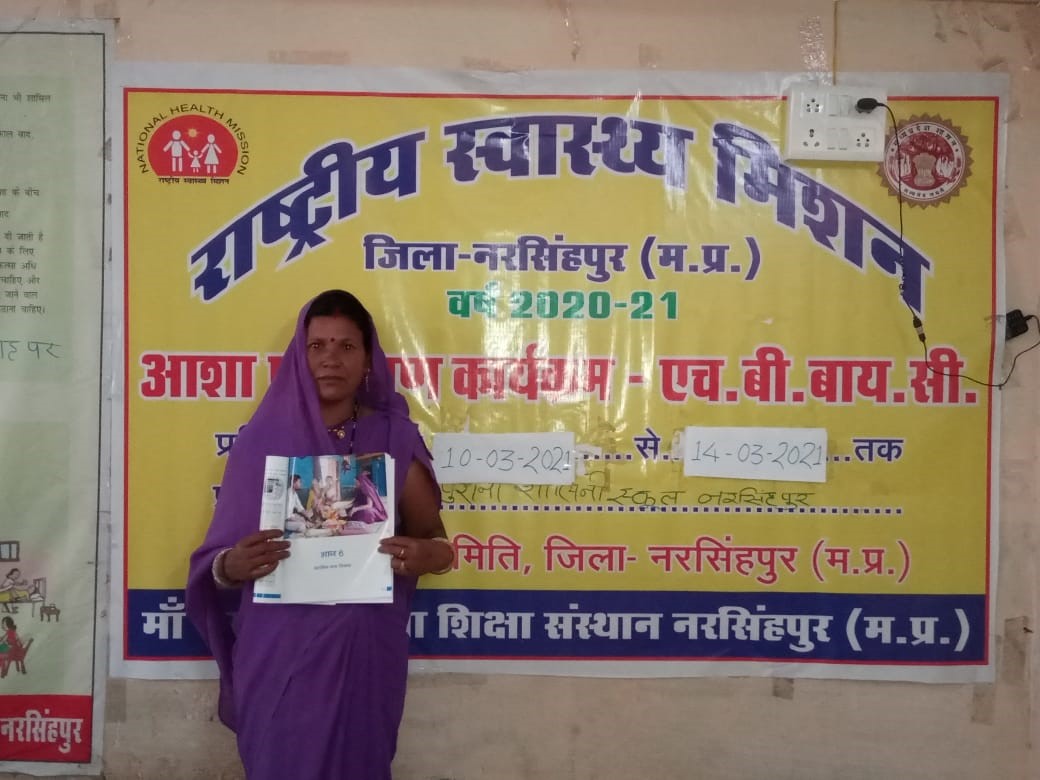 In 2013, HBNC+ Program was piloted by State Government with technical support from Norway India Partnership Initiative (NIPI) in four districts of Madhya Pradesh. Nearly 6,500 ASHAs, including Gomati, have been trained in HBNC+ in the four NIPI focused districts. Mrs. Gomati has been working as ASHA since 2007. 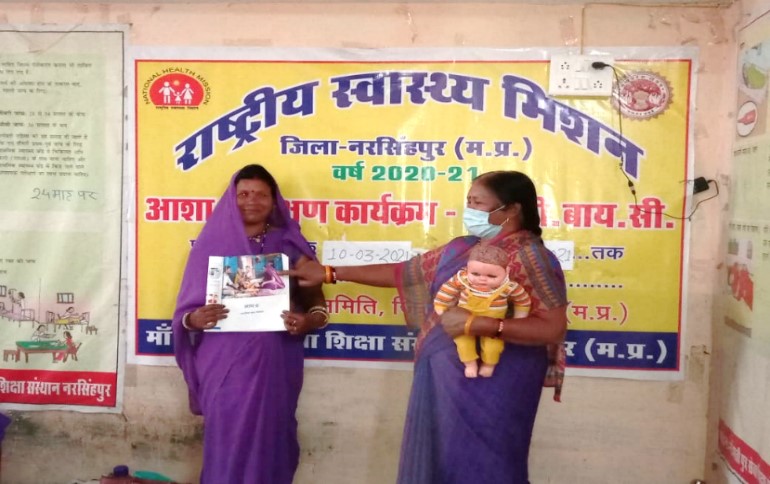 ASHA Gomati- with a trainer at HBYC training at District Narsingpur

Gomati says that ‘she very well remembers the activities to be conducted under HBNC+ program as she has been conducting visits in her village to monitor all eligible children right from 3, 6, 9 and 12 months of age since year 2013. The HBNC+ program has now been scaled-up by the Government of India as HBYC program with inclusion of an additional visit at the age of 15 months. Government of Madhya Pradesh has also scaled and implemented the HBYC program in all 51 districts of the state under the Atmanirbhar Bharat initiative and aims to complete trainings and rollout by 2023.

Gomati, Counselling mother during HBYC home visit on preparation and use of ORS

Gomati has also participated in a 5-day HBYC residential training organized at Narsingpur district. Pictures of her carrying out work in the field have been printed on the cover of HBYC module as token of appreciation and recognition for her good work. In the last 6 years Gomati continues to make structured visits of all eligible children in her village, having visited more than 65 children in her village since the inception of HBNC+ program in year 2013.

She feels proud to be a part of the HBNC+ program and she continues the work which has brought her recognition in her village as well as in the block. She gladly shares her proud feeling of being able to serve her community and save the children in her village.