Evidence from the developed countries and around the world shows that screening to early detection and treatment reduces mortality from cancer. In most cases cervical cancer can be prevented through early detection.

To screen cervical cancer at the community level, the NHM and Department of H&FW decided to pilot a project on “home based screening of cervical cancer using HPV kits” using NHM’s innovation fund. The pilot is being implemented in two urban areas of Cuttack and Bhubaneswar in the state. 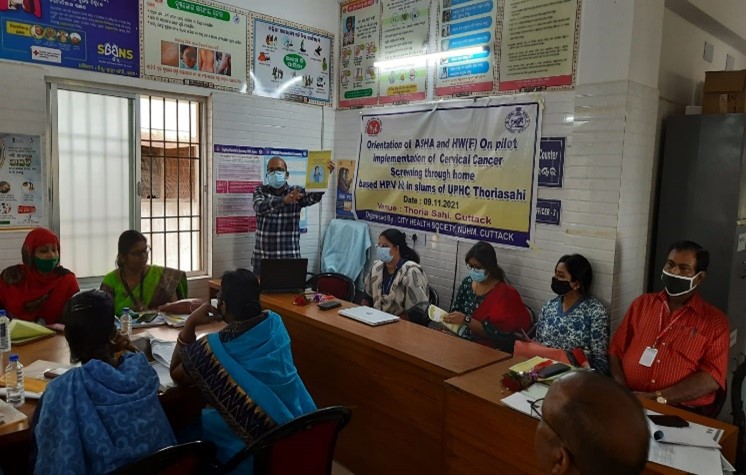 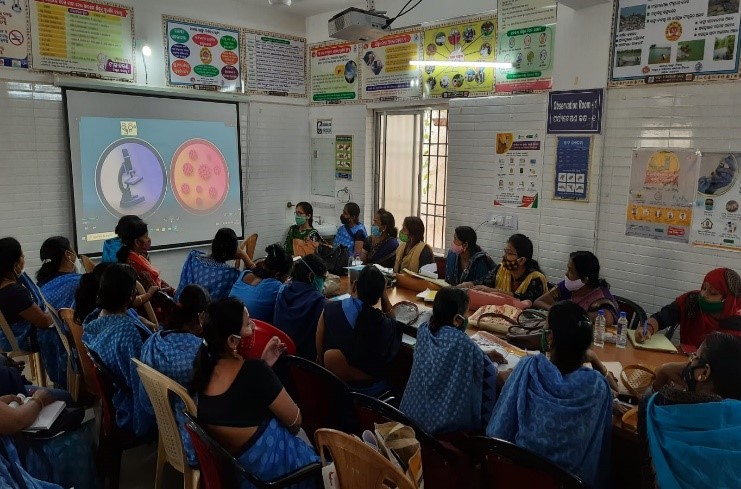 NIPI briefed the chair and participants on the pilot design and its various components, such as details of ‘screen and treat’ approach, sample collection and testing process, roles and responsibilities of various health functionaries at all levels. Dr Roma Ratan highlighted that early identification of cervical cancer can lead to successful treatment and explained procedures of collection of sample by the beneficiaries though an animated and customised video presentation. She also emphasised that enough care must be taken regarding collection of a sample, its storage and transportation.

Subsequent to the above orientation meeting, another meeting was convened with the community influencers and mobilisers drawn from other departments and agencies. ASHAs, ANMs, AWWs, PRI, Civil society members and MAS members attended this meeting. They were oriented on the process of self-collection of samples by Dr Bhagyalaxmi, Sr Oncologist, AHPGIC, Cuttack. Approximately 65 community workers and volunteers participated in this orientation meeting and pledged to take this campaign to masses.

The pilot project is implemented in collaboration and with technical support of AHPGIC (Acharya Harihar Post Graduate Institute of Cancer) and Department of Biochemistry, SCB MCH, Cuttack. NIPI is providing techno-managerial support to NHM in implementation of this pilot project.